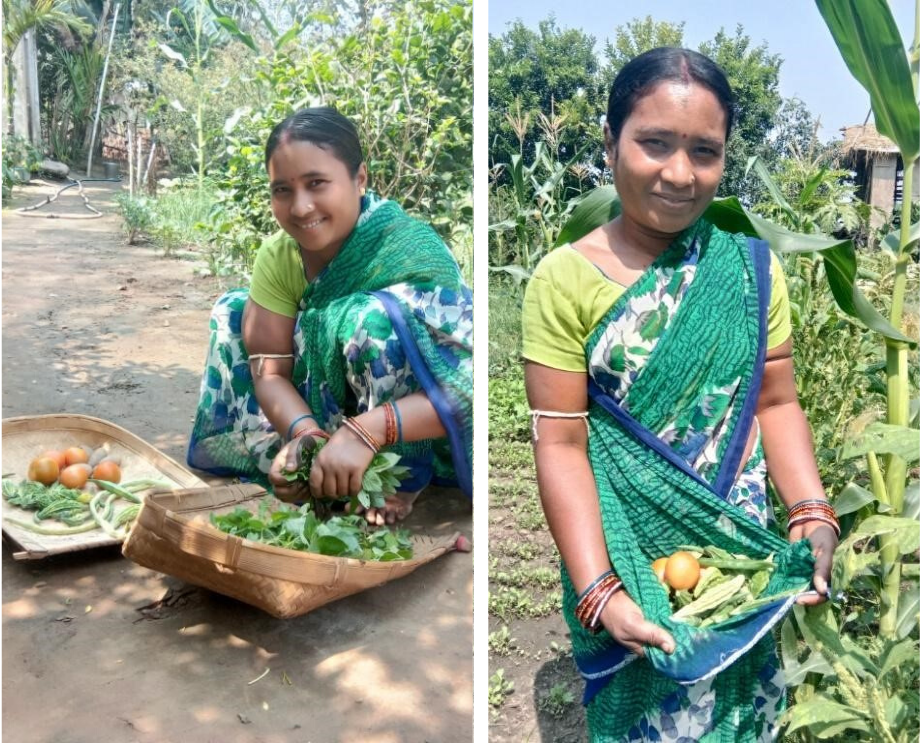 Jayanti Bhoi, a woman farmer from Kansil village, Odisha has been an inspiration to other farmers in her village. She has taken a lead into adopting environment-friendly agricultural practices when other farmers were skeptical about the same. Drawing an example from her, people in her village, both men and women, are adopting organic farming approaches.

A shift in farming practices and its impact:

Over the decades, farmers like Jayanti are pressured into using agriculture chemicals for more profit and crop yield. This gradually weakened the traditional way of preserving local seeds and farmers had to rely on the market for chemicals and commercially produce hybrid seeds.

Jayanti and her husband used to cultivate paddy however upon realizing the expenses put into cultivating paddy was high so they shifted to cotton cultivation to gain more income. What they did not realize was the adverse effect of cotton cultivation on their agricultural land causing soil depletion, inappropriate and excessive use of pesticides and fertilizers which depletes freshwater sources. This cause major concern for Jayanti and her husband, Jagannath as they realized they did not get expected income at the same time they are polluting their fertile land and whatever they earn are spend into meeting the needs of the family such as healthcare, tools, and food which are often chemically produced.

One small step towards positive change:

This persuaded Jayanti to take part in various discussions and knowledge sharing on climate-resilient farming events organized under the IGSSS implemented CRAFT-K (Climate Resilient Adaptive Farming in rural Tribal Communities in Kalahandi) project in Karlamunda block of Odisha. It made Jayanti reflect on various agricultural relate issues and acknowledge the importance of organic farming producing safe, clean, green and varieties of nutritious food. Since then she started a field demonstration unit in her own home garden. She immediately got good results with inputs from experts and other farmers as well as training she received on climate-resilient multiple farming practices.

With support from IGSSS, Jayanti learnt how to prepare bio-pesticides and cultivates 23 different types of vegetables in her small yard. This not only brings food on their plates but also help them earn an income of rupees 500 to 800 a week. Also, it enabled her to preserve indigenous seeds. Ultimately, the action of Jayanti changed the mindset of her husband that organic farming is not profitable and started supporting her throughout the journey. She converted her field demonstration unit as a farmer’s field school through which 15 other farmers were able to learn and benefited from it. Not only her husband, but farmers around the neighborhood also began acknowledging the contribution of women farmers through the experience of Jayanti.

Jayanti added, “For farmers to be self-reliant and resilient in the context of climate change all inputs required for farming needs to be of his/her own. If farmers sowed hybrid seeds, they will have to depend on chemical fertilizer, pesticides, and herbicides. Besides, the hybrid seed requires more water. So every farmer should take steps towards conserving indigenous seeds and strive towards sustainable farming practices”. This has been demonstrated in practice by Jayanti, showing that actions are more important than words.